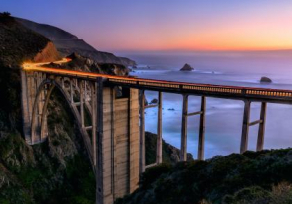 Holly Payne
Chief Executive Officer
Holly Payne has over twenty years experience in the publishing industry. An internationally published author in 11 countries and 9 languages, Payne’s debut novel, The Virgin’s Knot (Dutton/Penguin) was named a Barnes & Noble Discover Great New Writers book. Her third novel, Kingdom of Simplicity, won a gold Benjamin Franklin Award, the highest award in independent publishing. Having founded her own press, Skywriter Books, she understands both traditional and independent publishing practices, and has been an adjunct professor teaching screenwriting and story development at California College of the Arts, Academy of Art University and Stanford. An All American Swimmer and competitive mountain biker, Holly holds a MFA degree from USC and BA in journalism from University of Richmond, where she graduated magna cum laude.

Josh Conviser
Chief Operating Officer
As a novelist, screenwriter, producer and financier, Josh Conviser understands both the best practices and pain points of the story industry. His novels are published by Random House, and he works as both a writer and producer in Hollywood. From creative development, to film finance and physical production, he is well versed in all aspects of the process. Highlights include Executive Consultant on HBO’s series, Rome. Josh received his AB from Princeton University.

Les Chasen
Chief Architect
Les Chasen has over 20 years architecting, implementing and operating mission critical systems. This experience offers him a deep understanding of technology, leadership, crisis management, communication, resource allocation, and management. Les has built robust platforms for companies large and small, and is an expert on issues related to security, privacy and identity. Through his career, he developed a PKI based identity credential system for Valididy, a patient identity system based on NFC and RFID; an individually owned and controlled personal cloud (predecessor to Self-Sovereign Identity) system; and a DNS registry for hundreds of TLDS, holding 20+ million domain names.

Jonathan Lansey
Chief Data Scientist
Jonathan Lansey is a data scientist and researcher with a background in artificial intelligence and a history of developing innovative approaches to quantifying text. He spoke at Google NYC on his technique for estimating Heaps law 1,000 times faster than existing methods while scanning over a million times more content. The research was published in the Journal of Quantitative Linguistics, and the framework developed has been used in the analysis of historical texts published in the journal of Victorian Studies. At Aptima Inc., Jonathan used text analysis and other methods to study teamwork, working with the U.S. Army Research Institute, Sandia National Laboratories, and the Office of Naval Research. Jonathan's industry experience includes deploying machine learning algorithms at scale at wearable tech startups, Quantus and Whoop. Jonathan has a B.S. in Applied Mathematics from the New Jersey Institute of Technology and a Masters in Computational Neuroscience from Boston University.

Kelley Lynch
Chief Computational Linguist
Kelley Lynch is a computer Science Ph.D. Candidate studying NLP and multimedia information extraction at Brandeis. She was a developer for CLAMS platform, a toolkit of AI applications for Audio-Visual Archivists. She is passionate about enabling search and discovery for heterogeneous collections of assets and is an ardent lover of podcasts. She has presented her research at conferences around the world and was named a David Waltz Research Fellow at Brandeis in 2018.

A convertible security is a security that can be converted into another security, typically equity in the next round of financing.

Booxby has commercial traction and a strategic investment from Ingram Content Group, one of the world's largest wholesale distributors of books.
Booxby has two products in beta; and has run pilots for and processed data-sets from Hachette Book Group, Simon & Schuster, and ICG.
USPTO issued Booxby a patent in Dec. 2019 for its book analysis and recommendation method technology.
Forbes featured Booxby and its founder, Holly Payne, in August 2019.
The National Science Foundation awarded Booxby a non-equity STTR grant.
Read Our Research Disclaimer