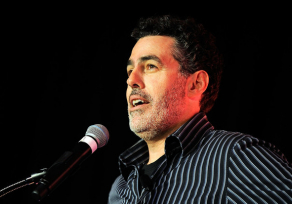 Flower Street Docs, headed by Adam Carolla, is funding the production of two documentaries: Meme Gods and When We Went MAD!. Meme Gods, directed by Bryan Black with executive producers Cedric the Entertainer and Sean Flax, will take a deep dive into the world of internet memes and explore their cultural significance. When We Went MAD!, directed by Alan Bernstein, explores the history and influence of Mad Magazine, one of the most influential humor publications in the U.S

Revenue Sharing is a form of lending that involves sharing revenue from the business with investors as return on their investment. It is often a fixed percentage of revenue and you are paid until you earn a total return on your investment.
Industry
Film
Filed
January 06, 2021
Expires
April 12, 2021

Adam Carolla
Producer and Manager of Flower Street Docs
Adam has held a variety of different positions in Hollywood including comedian, actor, radio personality, television host, and New York Times best-selling author.viii Adam currently hosts of The Adam Carolla Show, a popular podcast that held the Guinness Book of World Record for “Most Downloaded Podcast” ever in 2011.ix In addition to his podcast and comedic work, Adam recently produced three feature length films: Road Hard, Winning: The Racing Life of Paul Newman and The 24 Hour War. He also has two more feature films – Uppity: The Willy T. Ribbs Story (2020) and Shelby American (2019) - that were released on Netflix. On television, Adam has starred in shows like Catch a Contractor, The Man Show, and Crank Yankers. Adam started his entertainment career on the radio program Loveline with Dr. Drew Pinsky, which was later developed into a television show for MTV.

Nate Adams
Producer
Nate has over 20 years of experience in the entertainment industry working as a writer, director, and producer. Through his partnership with Adam Carolla, Nate has built Chassy Media, a production and distribution company that specializes in feature films, documentaries, comedy specials, branded content, and more. Nate recently produced and directed Adam Carolla’s first-ever comedy special Not Taco Bell Material, which is available on the Apple iTunes Store,x Amazon Prime Video,xi and Google Play.xii His work at Chassy spearheading the distribution arm has led to the company launching the Chassy Channel on Pluto TV.xiii Nate has also worked as a producer, director and 2nd unit director on films like Road Hard, Trading Paint, Winning: The Racing Life of Paul Newman, The 24 Hour War and more.

Mike August
Executive Producer
Mike has worked in the talent and entertainment industry for over 20 years, where he has worked with television, radio, film, podcast talent. He is currently the CFO of Carolla Digital – a podcast network company - and the Senior VP of Content Development at PodcastOne - a podcast network company founded by the founder of Westwood One. He is also the executive producer of The Adam Carolla Show, which is one of the most successful podcasts of all-time.xiv Mike began his career as an agent at the William Morris Agency before moving to production of the Jimmy Kimmel Live show on ABC.

Interest Rate: Per the Financing Agreement, investors ─ Financiers ─ (along with any others who purchase revenue participation rights in this offering, future offerings, or previous offerings ─ collectively, Additional Equity Financiers), will receive 100% of the Company’s adjusted gross proceeds up to the repayment amount of 115% of their investment, and 50% of any remaining adjusted gross proceeds thereafter, up to a 150% maximum repayment on their investment.

Investors who contribute $3,000 or more in aggregate to either or both offerings conducted for Flower Street Docs on the MicroVentures platform (Large Financiers) will receive 100% of the Company’s adjusted gross proceeds up to the repayment amount of either 115% of their investment. Thereafter, they will receive 50% of any remaining adjusted gross proceeds with no maximum repayment amount on their investment, meaning they will participate in perpetuity.

Two documentary films to be produced by award winning directors/producersi Adam Carolla and Nate Adams and executive producer Mike August
Meme Gods&nbsp;- directed by Sean Flax and Bryan Black, with executive producer Cedric The Entertainer - will explore the cultural phenomenon of memes
When We Went MAD!&nbsp;- directed by Alan Bernstein - will examine the cultural significance and rise of MAD Magazine through interviews with artists, creators, and comedians
Investors who contribute $3k or more across current &amp; previous Flower Street Docs offerings in aggregate will have no cap on the total return on their investment &amp; will receive returns in perpetuity
Read Our Research Disclaimer