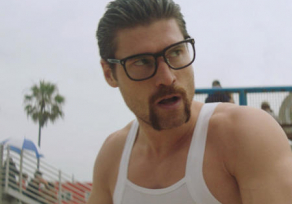 Think Nightcrawler meets Whiplash with a bit of I, Tonya. Some have called it a gritty version of Little Miss Sunshine with bodybuilding.  Our protagonist Lonnie Milsap navigates a world of bold and colorful characters that match his own often absurd behavior, from his reckless pursuit of a pump to his fixations with The Hulk. A budding romance offers a ray of hope and stability but Lonnie's obsession with winning and clashes with his bigoted bully of a boss, threaten to derail it. As he spirals deeper into a cycle of drugs and violence we have to wonder if he will take...

Revenue Sharing is a form of lending that involves sharing revenue from the business with investors as return on their investment. It is often a fixed percentage of revenue and you are paid until you earn a total return on your investment.
Industry
Film
Filed
December 07, 2020
Expires
April 01, 2021

With this we will have the skeleton of the movie completed and be in a strong position to bring it to completion.

We will have a finished film.

Ron Newcomb
Associate Producer, UPM
Producer/Writer/Director with 28 Producing credits (The Fellows Hip: Rise of the Gamers). He is co-owner of The Fantasy Network and founder of the VIP Film & TV Summit. As the Indie Film Coach, Ron has spoken on the business side of filmmaking.

Mike Zhu
Executive Producer
Mike Zhu is a producer and seasoned entertainment executive. He has worked on the Corporate Strategy Team at Disney, led strategy and planning for ABC and ABC Studios and is currently the Head of Strategy at wiip.

100% of proceeds are paid to investors pro-rata until 120% of principal investment is returned.  Thereafter investors earn 50% of Net Profits.

Support a film project with powerful, positive cultural impact.
80% Filmed = unusually lower risk film investment with proven production model & previews available.
Go "inside" a Hollywood production, unique behind the scenes access, on set invites, premieres etc.
Taps into under-served niche audience of 10 million+ men 18-35 in US with a gym membership, influenced by body-building.
With our goal budget, we plan to add cameo's from several fitness icons to improve appeal and connect with this market.
Speaks with universal relevance to the social media driven, body image obsession and comparison in our world today.
Read Our Research Disclaimer