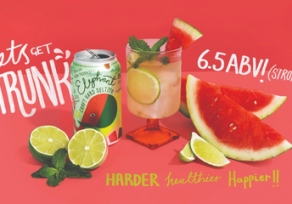 Here at Elephant Craft, we brew craft, hard seltzers that hit harder, are healthier and make the world happier! We make seltzers using only high-quality, real ingredients; resulting in delicious flavors that pack a punch! With a brand inspired by the African elephant, a core part of our mission is to take care of our home, the Earth -- supporting vulnerable species on the verge of extinction. Our mission is to do good, make good and be good in all that we do.

Stephen Young, CEO & Co-Founder
Stephen is a beverage industry veteran with over 15 years of experience building and growing brands. Through his time with Stone Distribution he built and grew their chain team and brought brands such as Stone, Boochcraft, Modern Times, Pizza Port, and Bear Republic to dominance in Southern California grocery, department, drug, and convenience. After his time as President of Towne Park Brewery Stephen has taken on the role of CEO of Elephant Craft Hard Seltzer and is elated to parlay his success in the craft beer world to lead higher expectations in the new frontier of "Craft Hard Seltzer!" When he's not making the world better one seltzer at a time, Stephen is all about family, friends, and fun. Catch him on the slopes, in the ocean, or traveling.

Ian Knowles, Co-Founder
Ian Knowles is a CPG veteran with over a decade of strategy, investment and operational experience. He is the founder of Spruce & Norton, a beverage/CPG focused, venture development firm that assists investors, strategic buyers and entrepreneurs on business optimization; including overall business strategy, revenue growth, profit improvement, finance and M&A. He also served as the co-founder and managing partner of Dunn's River Brands, previous owners of Sweet Leaf Tea, Tradewinds Tea and Temple Turmeric and helped lead strategy for the launch of Legacy Breweries, which previously acquired Ninkasi Brewing Co., Laurelwood Brewing and Aspen Brewing Co. Over the last decade, Ian has run diligence on over 300 Alc/Non-Alc Beverage companies and remains an active strategist and advisor for many Beverage and CPG brands. After coming together with friends and industry veterans Brett Lawrence and Stephen Young, the group was inspired to do something different. After identifying a gap in the market for a fun, premium and natural craft hard seltzer...an Elephant was born! Ian is based in Brooklyn, New York and when he has a minute of free time you'll be sure to find him exploring the NYC restaurant scene, surfing, snowboarding, reading a good book or playing chess.

Brett Lawrence, Co-Founder
Brett Lawrence, born in Newport Beach, California, is a visionary with numerous successful businesses over his two-decade entrepreneurial career. As the acting CEO of Rancho Las Lomas, Orange County’s renowned private estate and event venue, he has opened various profitable revenue streams and broadened the property's paths to prosperity. Among his notable projects is Towne Park Brewery, which he started in his garage in 2015 ultimately expanding to a 20,000-square-foot brewery and tap room in 2017. As he embarks on this next venture, he is able to apply his multitude of experience in business operations and ownership to Elephant Craft.

Andrew Fitzgerald, National Accounts Director
Originally from Ireland and currently residing in San Diego since 2012. Andrew’s vast depth of experience includes work with Heineken Ireland & USA, Mark Anthony Brands and Boston Beer. He launched White Claw Hard Seltzer in June 2016 with So Cal chains and laid the foundation for the brands success. Andrew also launched ‘Truly Hard Seltzer’ with Costco in 2018 as well as ‘Twisted Tea’ with C-Store retailers in CA / WA and OR. An invaluable player in the team, Andrew has deep relationships with almost all reputable retailers and unparalleled business acumen when it comes to launching and scaling brands at store level.

Randy Ornstein, Board Advisor
With 20+ years experience with Beer, Hard Seltzer, Wine, Spirits and Non-Alcoholic beverages across the biggest retailers in the US, Randy is no stranger to the game! Previously of IRI, Anheuser-Busch (14 years), and now the Director of Alcohol for goPuff (which recently acquired national beverage retailer BevMo), his expertise and insight provides the Elephant Craft team with an incredibly advantageous resource!

Sarah Harrison, Operations Manager
Truly a hospitalitarian at heart, Sarah has an established career in operations for breweries, restaurants and hotels for 20+ years. She has been privileged to learn from industry leaders such as the Hillstone Restaurant Group and Towne Park Brewery. These work experiences have afforded her a well-rounded knowledge of various departments including but not limited to accounting, culinary, service and training. Sarah's foundation of proficiencies in all areas of management makes her an unparalleled addition to the Elephant Herd.

Stuart Dooley, Creative Director
The driving force behind Elephants disruptive, quirky & creative brand identity, Stuart Dooley is a creative force to be reckoned with. Born in South Africa, Raised in the UK & now residing in SoCal, Stuart is truly a student of the world. With over a decade of experience in branding, marketing and visual storytelling, Stuart’s skills are as diverse as his past; ranging from brand identity to video direction to illustration, to strategizing large-scale marketing campaigns. Warm, engaging and naturally an ‘out-the-box’ thinker, his work orbits around the belief that truly great creative will inspire an emotional response. His professionalism, creativity & exemplary work-ethic come together in a unique, high-impact package.

Our beverages are healthier, using only real ingredients and harder, with an ABV at 6.5%, which is a lot higher than most seltzers on the market.
Sales of hard seltzer were expected to roughly double to $3.5 billion in 2020. Instead, they tripled to a whopping $4.5 billion! It is now estimated that seltzer revenue will reach $14.5 billion by 2026. We aim to create diversification in the market by creating a unique craft, hard seltzer using real fruits and ingredients. The market is pleading for a disruption and we are stampeding our way in.
Our socially responsible brand is focused on making our product locally and then giving back globally by donating a portion of our sales to conservation efforts around the world.
Read Our Research Disclaimer