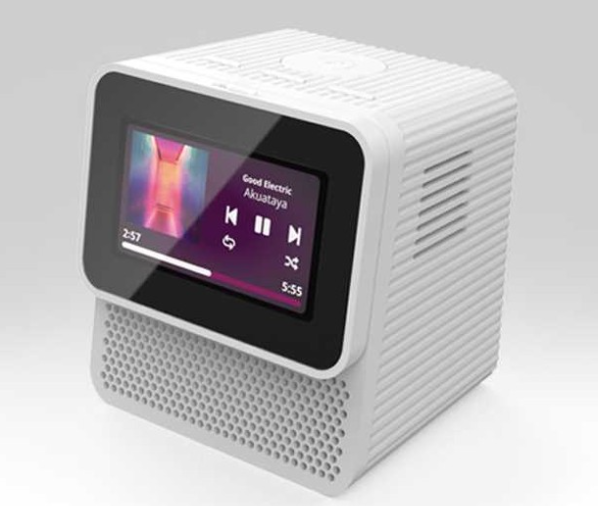 Mycroft has developed the only privacy-respecting fully integrated voice assistant platform that includes on-device software, servers, and a marketplace for 3rd party applications. We’ve proven that customers are willing to pay for privacy with our Mark II smart speaker and will spend the next year focused on getting 3rd parties to adopt and integrate our technology into a wide variety of devices and services. Because our business model relies on subscriptions for software updates and upgrades, we can directly benefit from every device using our platform, whether we made it or not.

Michael Lewis, CEO
Michael has co-founded, developed, and sold two tech companies with over $200M in exits: Stellar Semiconductor, which made 3D graphics rendering chips (before they were cool), and Cryptic Studios, currently one of the most innovative and successful MMO game developers in the US.

Joshua Montgomery, Founder
One of the few entrepreneurs in the United States to build a gigabit fiber network from scratch, Joshua brings more than 15 years of entrepreneurial experience to the Mycroft project. Joshua's previous project, Wicked Broadband, has been featured in Wired, ArsTechnica, and Forbes. He is a firm supporter of the open source movement and committed to an open future for AI.

Kris Adair, Co-Founder, CFO
As an entrepreneur with over 10 years of experience Kris has the ability to work in many situations. Kris has a strong social media presence and is responsible for leading Mycroft's marketing effort. She serves as the executive director of the Lawrence Center for Entrepreneurship where she helps entrepreneurs succeed by providing a makerspace, co-working environment, and data center.

Derick Schweppe, Chief Design Officer
Derick has been with Mycroft since the launch of the first Kickstarter. He has designed everything from consumer electronics, housewares, tools and soft goods, to aircraft interiors. Before joining Mycroft he worked for clients like Coleman, Learjet, and Copco and taught design at the University of Kansas. Derick is responsible for all design disciplines within the company, leading the team that works on VUI, UI/UX, and hardware design.

Ken Smith, Senior Software Developer
Ken has over 35 years of software development experience beginning with IBM in the early 1980s and continuing through 2004 with Amazon.com. Since 2004, Ken has served as Director of Engineering for Siva Systems, SitePen, 71lbs, and as a Technical Architect for Hilton Hotels. Prior to working at Mycroft Ken founded TestCaseCentral, a provider of automated testing solutions for software systems.

Chris Veilleux, Software Architect
Chris has two decades of experience in software engineering. The majority of which was spent at BATS Global Markets where he built the second highest used U.S. stock exchange which follows the New York Stock Exchange and proceeds the NASDAQ. At Mycroft, he oversees the architecture, implementation and maintenance of the backend software stack.

Kris Gesling, Director of Developer Relations
Kris, better known as Gez, is the Director of Developer Relations at Mycroft. He comes from the land down under and, fittingly, has a love of crocodiles. Kris has been an advocate for open source technologies and processes for over 15 years, working largely in youth mental health and community welfare not-for-profit organizations. Kris has a deep respect for languages, and the strength that we gain from incorporating diverse perspectives, both as a project and a society. If he’s not hanging out in our Community Chat and Forums, he is probably getting lost in the bush.

Leanna Pohevitz, Legal Director
Leanna's purpose in life is to help folks, teach empathy, and make loads a little lighter. To do that, she went to law school hoping to become a movement lawyer. On her way to CUNY School of Law, she formally studied more than a dozen languages and lived abroad for about a third of her life. She joined Mycroft because she is interested in jobs that make a difference and believes that everyone should have technology they can use in the language they are most comfortable in. She believes in guerilla open access and can't wait until accurate information is free and accessible to all.

Duane Guenard, Director of Operations and Manufacturing
Duane is one of the newest additions to the Mycroft team. With over 30 years experience in set up, business system management, manufacturing and operations, and supply chain management under his belt, he has helped lead many large global projects through to fruition with companies including Analog Devices, Fidelity Investments, and Motorola.

$1M in pre-orders for the Mycroft Mark II device. The company is planning for consumer-ready production and is currently Beta testing with Development Kits.
Mycroft is the leader in open source privacy-respecting voice assistants with over 64,000 community members and proven third-party adoption.
Mycroft's CEO has led companies to more than $200M in previous exits.
Read Our Research Disclaimer