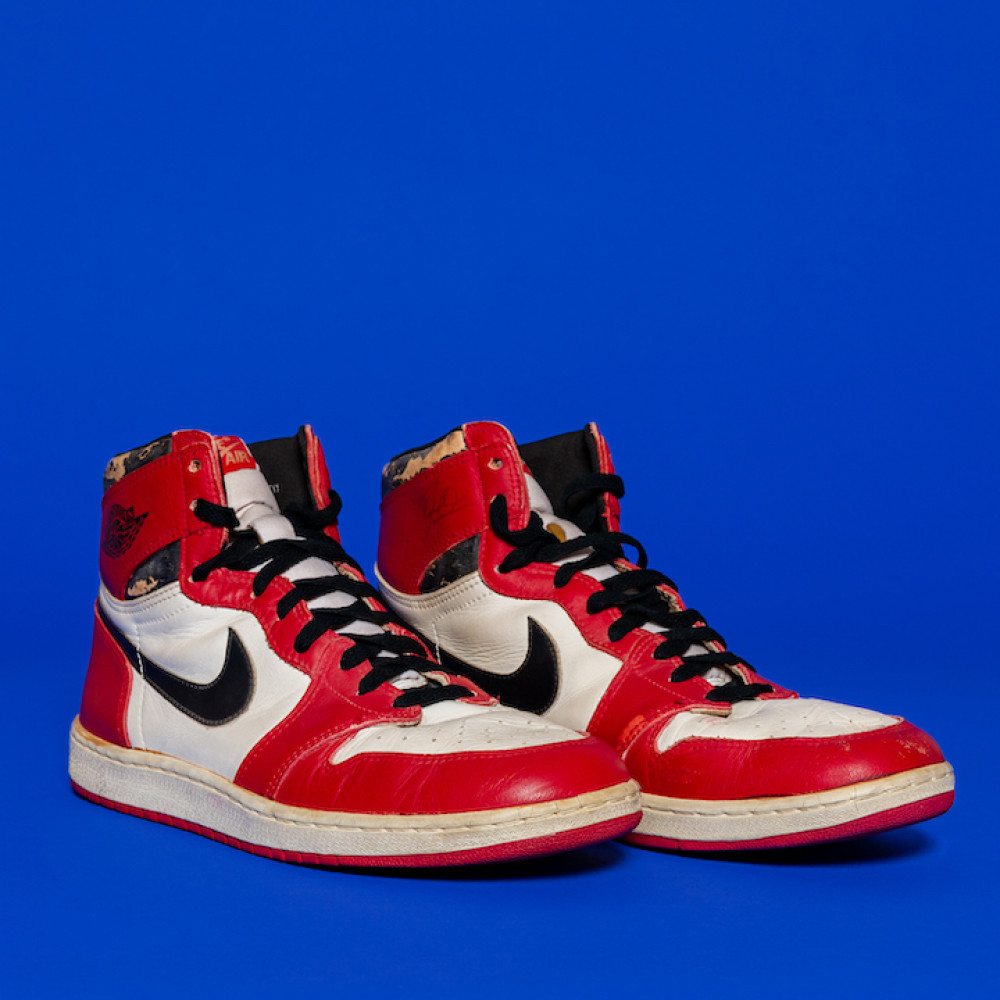 Following his NBA rookie season, Michael Jordan participated in a Nike-sponsored exhibition game in Trieste, Italy, on August 25, 1985. Jordan wore a black-and-orange Stefanel Trieste jersey, as the game featured Italian Liga A teams Stefanel Trieste and Snaidero Caserta.‍Jordan scored 30 points this game while wearing the Air Jordan 1 High “Chicago,” as opposed to the customized TYPS version that Jordan typically wore during play. Towards the end of the game, Jordan attacked the basket in transition and took off for a dunk. The force of his slam shattered the backboard, sending glass everywhere; the game was paused to clean it up. These shoes are the exact pair he wore during that legendary moment — in fact, the left shoe still has a piece of glass embedded in its sole.
Among Michael Jordan’s top career moments (The Shot, The Last Shot, The Flu Game, etc.), the “Shattered Backboard” is the most extensively photo-matched item, with regards to the shoe itself as well as its ownership (including images of the post-game handover between Jordan and Italian player, Bertolotti, who owned the shoes). This is a key determining factor in assessing the value of any sports memorabilia asset of this caliber— placing the “Shattered Backboard” pair in a league of its own. For these reasons among others, these shoes previously held the record as being the most expensive sneakers to ever sell on the public market (before being eclipsed by a pair of 1/1 Yeezy samples in early 2021). ‍We are excited by the market trajectory of these sneakers as game worn Jordan memorabilia and rookie year assets continue to show strong demand. Last year, two MJ game-worn sneakers broke all-time high pricing records at $560,000 (no specific game, not photo matched) and $615,000 (Otis ultimately acquired this pair for this drop). The Shattered Backboard sneakers are not only from MJ’s rookie year, but are also dual signed, game-worn, photo-matched and 1:1. We believe the market for game-worn sneakers and rookie year assets will only continue to grow and  break new records.
Amount Raised: $0