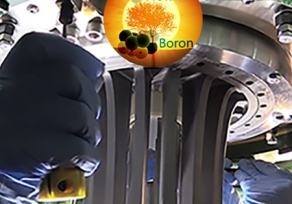 Cheap, safe, and clean energy generator: the power of the sun recreated on Earth

We're on a near-term path to achieving practical nuclear fusion energy at a low enough cost to replace all fossil-fuel based energy sources. While our generators will be powered by nuclear fusion, a fundamentally different process than all current energy sources, we're not inventing a new reaction. Rather, we harness the energy source powering the sun to create clean, safe energy. If we secure the funding to complete our project, this will be the most fundamental change in technology in decades.

$1,000+: Recognized on a special page on our website and join exclusive investor social network. $2,000+: Come visit our lab in New Jersey and see the work we're doing first hand.  $5,000+: You will be mentioned as funder on a future published paper.

Achieved the highest confined temperature of any fusion generator device, over 2 billion degrees, which is sufficient for hydrogen-boron fusion.d Raised a total of $6 million from 90 investors since 2008.d Patents issued in the U.S., China, Australia, and Canada, with patents pending in the European Union and India.d Achieved the highest fusion energy output per unit input of any private fusion experiment in the world.d Raised $180,000 through donations on Indiegogo in 2014.d Research published in leading peer-reviewed journals documenting the LPP Fusion device as the most advanced, privately funded fusion experiment in the world

$1,000+: Recognized on a special page on our website and join exclusive investor social network. $2,000+: Come visit our lab in New Jersey and see the work we're doing first hand.  $5,000+: You will be mentioned as funder on a future published paper.

Active in dense plasma focus research for 30 years, Eric developed an original model of the role of the quantum magnetic field effect and has tested theories within NASA's Jet Propulsion Laboratory.
Amount Raised: $300,509

Equity is a stock or any other security representing a direct ownership interest.