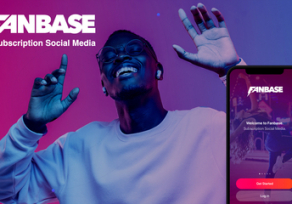 Fanbase is a new subscription-based social network that is helping users monetize their content and earn revenue while also increasing authentic user engagement. Users can grow their following organically with the ability to follow each other for free on the platform, with the option to pay for a subscription to exclusive content at an increased rate, helping users monetize their followings unlike on other platforms.

Over 12.7K organic users and 227% user growth in our first year.
An average margin of over 90%, which we anticipate will increase as we scale.
A team of seasoned techies, developers, and creatives determined to alter the social media landscape and pay creators what they’re worth.

He is a veteran songwriter-producer from Atlanta, Ga., As well as President and C.E.O of Isaac Hayes Enterprises, his late father Isaac Hayes' estate. His broad catalog of writing, producing, and licensing music for TV and film, his extensive experience in social media marketing, and his passion for African American entrepreneurship led him to develop Fanbase.
As CEO of Fanbase, Isaac is the driving force behind the platform's development and future path.

Ramiro Canovas
Chief Technology Officer
Ramiro Canovas is a seasoned tech professional with over a decade of experience. He worked in Dell EMC, a top storage company as the Senior Regional Software Specialist and as a partner in MTM Agency, a Georgia-based marketing, and advertising agency, prior to starting his own development agency, ConsultR.
ConsultR empowers organizations to reinvent themselves through creativity, technology, and innovation. His company has helped businesses like Taco Bell, FITTS, Heineken, and Pet Releaf to reach their customers through artfully crafted experiences.
In his role as Chief Technology Officer at Fanbase, he handles all the technology layers of the platform from development to integrations to data analytics. He is a former professional soccer player and avid fan.

Federico Cardinali
Dev Leader
Federico is our full-stack guru that manages our API and iOS teams. He has more than 12 years of experience in native developments and works closely with our CTO to architecture the platform and plan technical roadmaps. He loves funko pops and, of course, Star Wars. He is currently part-time in Fanbase working approximately 30 hours a week and spending the rest of the time with ConsultR (part-time)

Santiago Nogues
Creative Director
Santiago is our Creative Jedi that makes sure that our creatives lobes are always working. He has worked with brands such as Samsung, Toshiba, Jaguar among many others. A musician by heart that never stops surprising with his ideas and creative direction for Fanbase. He is currently part-time in Fanbase working approximately 25 hours a week and spending the rest of the time with ConsultR (part-time)

Julian Bravo
Coordinator
Julian comes from a very extensive agency background having worked with clients such as American Express, Loreal & Telefonica. He is the team guru that puts all the resources together for the machine to work seamlessly and on time. An innate people person that never fails. He is currently part-time in Fanbase working approximately 25 hours a week and spending the rest of the time with ConsultR (part-time)
Amount Raised: $2,475,369

Non-voting stock is stock that provides the shareholder very little or no vote on corporate matters.