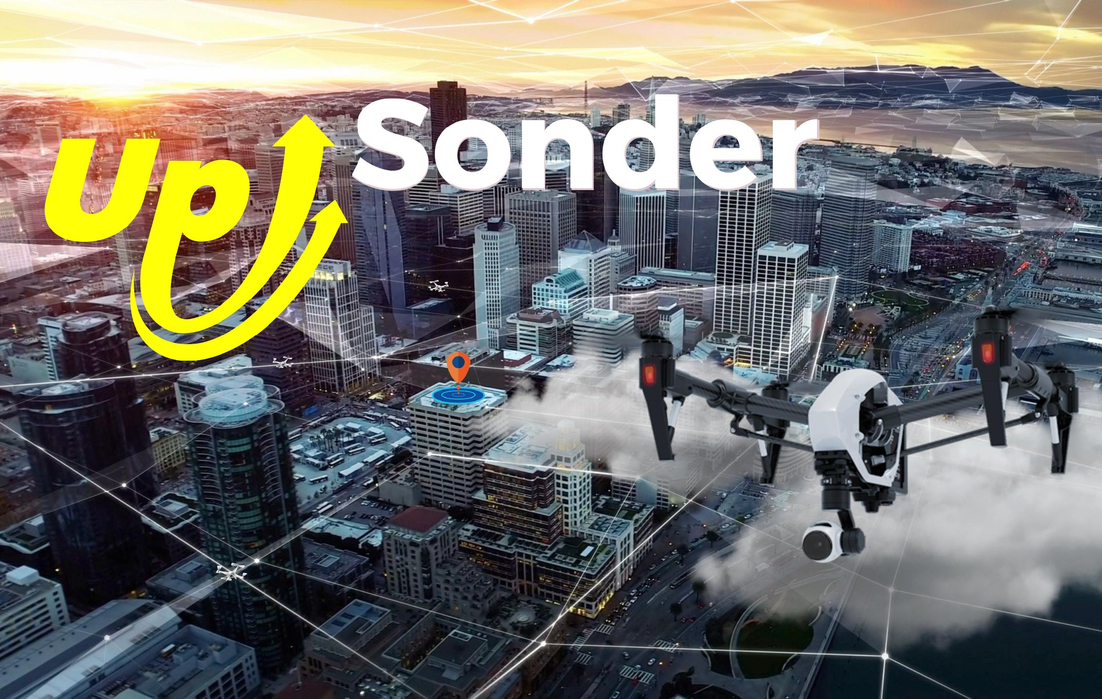 Up Sonder connects businesses and individuals to professional drone services through a national marketplace. Today, Up Sonder lets customers easily and quickly hire a drone pilot. In the future, it is working to offer the public simple, one-click access to autonomous drone services that are supported by a network of charging pads. Its mission is to make drone services open to and simple for all.

Derek Waleko
CEO
Derek is from Texas and a commercial drone pilot having flown all over the world. Derek leads day-to-day operations at Up Sonder and is building the company with his business partner. Derek came up with the idea for Up Sonder while at home on his family's ranch when medication for his mother was out of reach. Understanding personal autonomous helper drones will become standard, interwoven into our daily lives, and will become an extension of ourselves, he set out to build a company that would manage it all. He sees drones having a bigger impact on humanity than the internet. Derek's background is mergers and acquisitions working for the South Korean government. Derek puts in 40+ hours a week at Up Sonder. He graduated from Texas Tech University studying Biology and Chemistry. Derek married his college sweetheart and has two amazing children.


Dr. Isaac Nabors
President
Isaac is from Texas and does day-to-day operations and manages existing client relations. Isaac is a drone hobbyist and takes to the sky when he's not working on Up Sonder. Isaac deeply believes the future can’t exist without drones and the reason he co-founded Up Sonder. By trade, Isaac is a physical therapist and studied Kinesiology and Physical Therapy at Texas Tech University for his B.S. and M.S. and received his Doctor of Science from Andrews University in Biomechanics. Isaac puts in 40+ hours a week at Up Sonder. Isaac met Derek freshmen year in the dorms and since has been great friends. Isaac married his college sweetheart and has three beautiful daughters.


Dr. Sung Moon Kang
CTO
Sung provides the technical expertise to bring the vision of the CEO to reality. Sung was born in Korea and was raised bouncing around the globe until eventually making his way to Yale University, then Stanford University, and finally to UCLA to complete his studies as a doctorate in Aerospace Engineering, specializing in systems and control design. He has worked on projects with NASA, DARPA, Boeing, and the US military. Sung puts in approximately 15-20 hours a week at Up Sonder. Sung met Derek while developing precision navigation technologies for small drones. He is raising two rambunctious children with his wife.

Joe Christian
VP of Business Development & Marketing
Joe is employee #1 and is the magic behind the scenes who goes beyond the call of duty managing new clients, Up Sonder members, handling social media, writing blog posts, mission planning, and so much more. He has extensive hands-on knowledge of the commercial drone market - everything from regulations to use cases. Fun fact, Joe published a book on mergers and acquisitions in China, where he lived for many years. Joe is an investor in Up Sonder and a commercial drone pilot.


Nhattrieu Chan Duong
Aerospace Guidance, Navigation, and Controls Engineer
Dr. Nhattrieu Duong writes software to be used in Up Sonder’s if-Network (marketplace 2.0). Dr. Duong graduated from Caltech with a B.S in Mechanical Engineering and from UCLA with a Ph.D. in Aerospace Engineering, Systems and Control. Dr. Duong puts in approximately 15 hours a week at Up Sonder. He has valuable work experience with NASA, DARPA, Boeing and the US military.


Kenneth Lowe
Advisor
Kenneth is the co-founder and Vice President of Vizio Inc., the leading consumer electronics company in flat panel HDTVs. Ken grew Vizio with his two other partners from a small startup into the billion dollar company that it is today. Ken’s business acumen is invaluable to Up Sonder.

Commercial drone industry is set to double by 2025
Actively designing and developing charging infrastructure for a network of autonomous drones based on proprietary technology
A diverse and talented team with expertise in the commercial drone industry, software, marketing, and finance and experience with the military, defense contractors, and NASA
Read Our Research Disclaimer