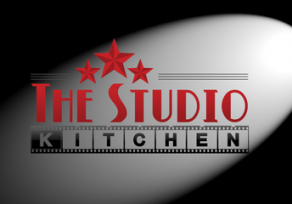 The Studio Kitchen offers premium interactive dining experiences and serves as a platform for modern media creation. Their goal is to make food, wine, and the culinary arts accessible and approachable to everyone through entertaining chef-hosted live shows and media, starting with a new flagship location in Las Vegas, NV.

Michael Cafarelli
Co-Founder, CEO, and Director
Michael grew up on construction sites and restaurant kitchens. In addition to his career in hospitality, he is an American Camp Association certified Camp Director. Starting out as cabin counselor and kayaking instructor with the YMCA, he went on to spend a decade working with Paul Newman’s Hole in the Wall Gang Camp for children with serious illnesses eventually becoming the Camp Leadership Fellow for the global network of nonprofit, free-of-charge camps known as the SeriousFun Children’s Network. He also served as the boy's director of a small independent camp near Lake Winnipesaukee in New Hampshire.
Michael took his community leadership skills to WeWork where he worked in NYC for them as a community manager. There he led a community of five hundred creators in a cozy, 19th century, 6-story cast-iron building in the heart of Soho serving as caretaker for the diverse space ranging from music recording studios to cryptocurrency trading desks. Michael has been responsible for fostering human connection through collaboration and holistic support both personally and professionally.
He is an Emmy award-winning television producer and a performer who has studied at the Upright Citizens Brigade and the Dell'Arte International School of Physical Theatre. His undergraduate study in Management and Organizational Behavior was at the Stern School of Business at New York University where he also studied and ate his way through Florence, Italy. He holds a Masters in Leadership and Nonprofit Management from Northeastern University and studied Producing at UCLA.

Jim Cafarelli
Co-Founder, Chief Creative Officer, and Director
Jim Cafarelli has been developing entertainment and dining concepts for forty years and his impressive client list includes House of Blues, The Walt Disney Company, Universal Studios, Chelsea Football Club, David Copperfield, Motown, Greg Norman, Quincy Jones, Comcast and Mohegan Sun. He started working construction as a teenager in Boston and founded CAFCO Development Inc., a Boston-based concept design and construction management company in his 20s. He specialized in building restaurants and nightclubs and spent many years successfully overseeing the design and opening of several hundred venues nationwide.
Jim Cafarelli then went on to become a founding partner & the exclusive developer of the acclaimed House of Blues. As President of House Of Blues Development Corp. he designed and opened locations in Cambridge, New Orleans, Los Angeles, Chicago, Myrtle Beach, Walt Disney World, Disneyland and Las Vegas. In 2012, Billboard Magazine's "25 Hottest Clubs in North America" named six of his venues among the top nine on the list, including the #1 spot: House of Blues Orlando. Rolling Stone Magazine also crowned his House of Blues Chicago as one of the Top 20 "Venues that Rock - Best Big Rooms in America".
Around the time of the millennium, he co-founded The Olive Group Corp. and opened 10 restaurants, including Olives in New York, Las Vegas, Aspen, and Washington, D.C., as well as Kingfish Hall and Bonfire in Boston, and Tuscany in the Mohegan Sun Casino. In 2010, Jim completed development of "Under the Bridge," a new live music venue at the famed Chelsea Football Club Stadium in London's historic West End. This 850 person state-of-the-art rock club features a recording studio and television broadcast facility. It has since won several design awards including 'Best Venue' and ‘Best Loo’ (ie. Bathroom) in the United Kingdom.

Co-Founder, Jim Cafarelli, has over forty years of experience developing entertainment and dining concepts for clients such as The Walt Disney Company and Universal Studios.
The Studio Kitchen team has produced over 3,000 live shows and received 25 Emmy nominations for culinary media projects.
The Studio Kitchen has received media features and press attention from NBC Boston, the Wall Street Journal and the Boston Globe, among others.
Read Our Research Disclaimer