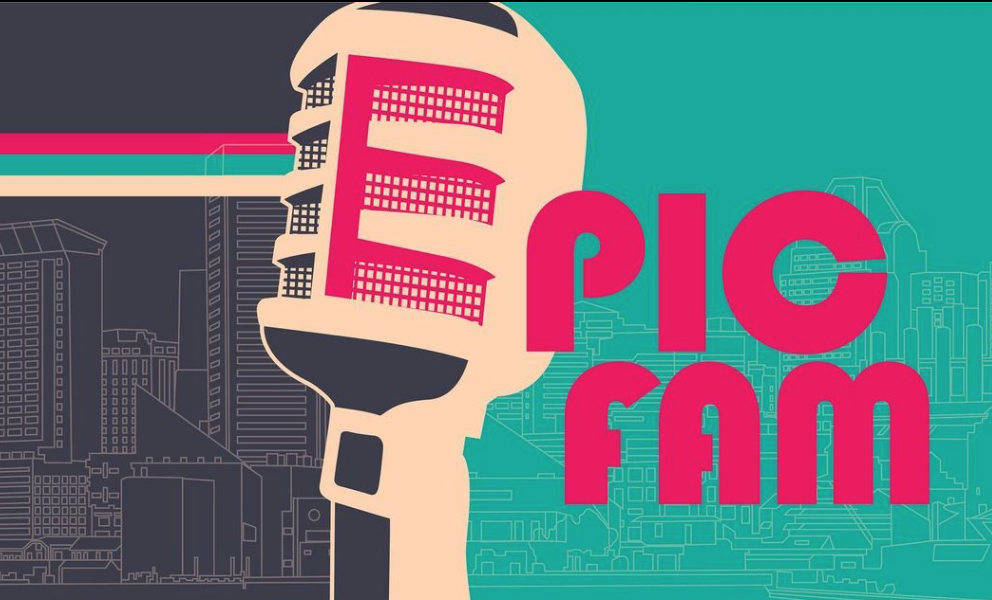 EPIC FAM is a new Baltimore Entertainment and Media Company with a mission to serve as a platform that provides opportunities for the collective of local talent. The high-level concept is comparable to what Motown did for Detroit, Grunge did for Seattle, or Atlanta did for Hip Hop. EPIC FAM is next wave of talent associated with a city - Baltimore.

Eze Jackson, Chief Visionary Officer
Eze Jackson is an Emcee, Journalist and activist. As the frontman of the hip-hop/fusion band Soul Cannon as well as a solo artist, he has toured the US and released 6 projects independently, bringing high energy and forward-thinking lyrics to almost any musical challenge. His most recent album, “Fool”, has been received in Baltimore & surrounding area with critical acclaim from Media and fans. He is also the host of Baltimore’s premier recording studio, Lineup Room's Bmore Beat Club, and a frequent collaborator with the Baltimore Boom-Bap Society. He is also co-host of a Charm City favorite, Hip-Hop karaoke.

Dr. Dermell Brunson, Chief Creative Officer
Dermell Brunson is a thankfully proud native Baltimorean, and Arts & Culture contributor to the City for over 20 years, while also sharing creative consultant experiences for various community organizations in Los Angeles, Las Vegas and Atlanta. Dermell began a journey of music involvement as a staffed musician (drummer, percussionist, & choral assistant) with an influential Baltimore church for seven years. Next were opportunities as a local talent manager, party & concert promoter, and business manager. Having a passion and track record for creating career lanes for others, these early roles evolved into becoming an Arts Curator, Producer, and A&R support to local production houses in the Baltimore & D.C. area.