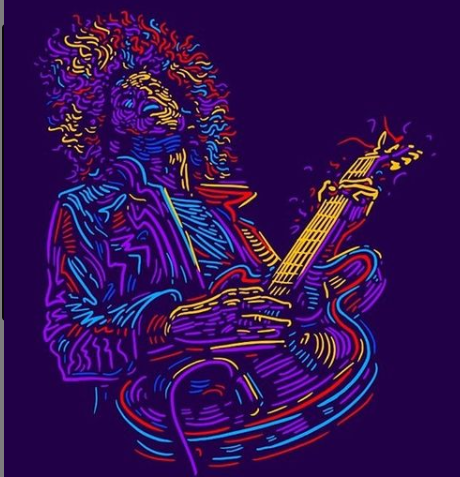 Live Music Tutoring (LMT) is here to transform the way the world learns music. With us, you can learn any instrument online at any age, any time, and anywhere. We provide an online interactive music platform that connects instructors, students, and music enthusiasts from around the world in one convenient place to share their passion.

Ted Gee, President and CEO
Ted has served as an officer in the United States Army. He has held leadership roles such as Chief Operating Officer and President, as well as a leader in some high-profile fortune 500 companies including Corning, Pulte Homes, Harley Davidson, and Ingersoll Rand. Ted has been an extremely successful leader as he has led in a variety of change, turn around and startup organizations. He has helped to transform organizations through cultural change and process improvement. Ted had process improvement training in the United States and Japan, and he is a sensei in lean and expert in lean/six sigma tools He is multilingual and has completed postgraduate work at MIT Sloan and Chicago Booth. Ted is the author of the bestselling book Hope Is Not A Strategy, simple solutions for doing business in the 21st century and set to release 2 more books in 2021. Ted works approximately 60 hours per week as employee.


Joe Lyons, CFO
Served as finance officer for the University of Pennsylvania Medical School physician faculty.
Formerly a top executive in a $1 billion+ integrated health care delivery system recognized by Fortune Magazine as one of the 100 best employers in the US. Formed a consulting firm serving clients across the US Certified Public Accountant (CPA), Certified Information Systems Auditor (CISA), with a master degree in Liberal Arts from the University of Pennsylvania.
Served on several governing Boards over the past 25 years as a Board member, executive and advisor. Joe works approximately 10-15 hours per week as a contractor


Corey Stanford, Chief Technology Officer
Has over 15 years of experience in the software industry as a Co-Founder and CTO, delivering large-scale global platforms and executing operational strategies. Designed, developed, and co-founded the web-based music technology platform Blazetrak.com, which generated over $1M in revenue without receiving an institutional investment. Holds a US patent for developing a review management system for audition portfolio. Serves on the board of directors and advisors for several ventures in the areas of tech, music, fashion, sports, and medicine. Earned the rank of Eagle Scout and served as a Scoutmaster for an award-winning troop.
Corey works approximately 30-40 hours per week as a contractor.


Harold Scott, Board Secretary
Harold joined the board of directors of Live Music Tutor in 2014 after several years of business consulting on human capital matters. Over the prior 12 years Harold served as the Vice President of Human Resources for Harley-Davidson Motor Company and Otis Elevator (United Technologies) with worldwide responsibility for all human resources matters including labor/employee relations, compensation, benefits, learning & development, succession planning, health, safety & security, diversity, facilities management, environmental affairs and staffing. Always interested in Information Technology, Harold co-founded one of the first retail computer stores in the United States in 1983; well before computers were a household necessity. After retiring, Harold consulted for Accenture and Cargill but now spends his time keeping abreast of business/human capital issues, playing golf and traveling.
Harold was born in New York, New York, raised in rural Michigan and holds a bachelor degree from the University of Michigan. Married to Cynthia, he has 2 adult sons and resides in Slingerlands, New York.


Ed Bailey, Board Member
Vice President, Brand Development, Austin City Limits TV/ACL Live @The Moody Theater.
Ed is the senior manager of the ACL Live business development team and is responsible for sales strategy and revenue through Corporate Partnerships, Concession Rights, Premium Seat and Suite Program. Sets overall partnership relationship and retention strategy. Assists GM and ownership group identify new areas for revenue development. Ed also manages strategic alliances for the iconic TV Series, Austin City Limits for AustinPBS who own the ACL trademarks. Ed has been focal in the development of ACL Live since conception and played a significant role in creating the ACL Music Music Festival. Prior to joining ACL, Ed was part of the team that launched the Rock and Roll Hall of Fame + Museum. Ed also serves on the City of Austin Tourism Commission representing District 3.

Safe, convenient and affordable technology with a proven leadership team, and all vetted instructors.
Custom solutions including programs, cost and technology options, along with a proprietary platform built with many music education features - all COPPA and HIPPA compliant.
Our estimate for the LMT education market opportunity is $3.9 billion.
Read Our Research Disclaimer