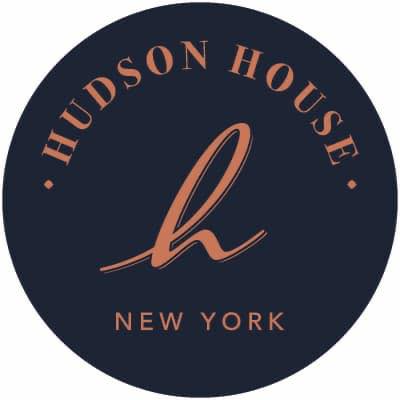 The Hudson House & Distillery will be an environmentally friendly, craft distillery, boutique hotel, and event space in West Park, NY in the heart of the Hudson Valley. Itis situated on an iconic 27-acre waterfront property enabling both land and water access. Additionally, The Hudson House will be home to a one-of-a-kind waterfront farm distillery, producing ultra-premium spirits, including vodkas, gins burbons and ryes. The Hudson House & Distillery will also produce hand sanitizers and private label spirits for existing brands looking for a unique extension to their brand positio...

Charles Ferri, Co-Founder | CEO
He graduated with a B.S. from SUNY Buffalo in 1996. From 1997-2000, Charles decided to get a job in finance and started working at Sanford Bernstein Investment Management. Subsequently, he worked at Deutsche Bank from 2000-2004, and at each financial institution he was successful in managing over $1.1 billion in assets for many high net worth individuals, families and select companies in sports, entertainment and media.In 2004, Charles made the biggest and smartest decision of his life and left a very successful banking career in order to seek out his true passion as an entrepreneur. He started by purchasing a lounge under famed Chelsea Hotel with a few of his closest friends. Charles then expanded to the Hamptons owning the famous Star Room Nightclub. He then decided on creating a vodka line as a special gift for select clientele to remember him and their experience at his very popular and exclusive nightclubs.Having had the unique opportunity to see firsthand what it takes to measure up to the quality standards sought by socialites, celebrities and VIP's, Charles knew he needed a product that stood out from the many vodka brands on the market today. He really believed the time was right for a luxury American vodka that could out smooth the many known foreign brands saturating the marketplace.His quest began for Star Vodka by traveling the world, even to Russia, and researching to understand the vodka process. Charles wanted the finest quality ingredients and production facilities in the USA. He met with distillers and purveyors of grains and selected non-genetically modified corn, Cascade Mountain water from Oregon and a unique distillation method called volcanic filtering. Using a testing panel of 20 females (10 vodka drinkers, 10 wine drinkers) Charles would not settle for anything less than a unanimous vote by these women for the final formula for Star Vodka which would take 13 months to finally perfect.The first production was met with instant success with his closest friends and private clientele! Charles has since been slowly increasing production while staying true to maintaining his highest quality standards. “Building a lasting brand takes time and patience while staying honest to your vision and goals”, says Charles. He feels the time is now right to come back to his roots in the Hudson Valley where he grew up and develop this iconic property with a craft distillery. The Hudson House will change the spirits industry!Most recently, Charles was selected as a main character on Esquire Network's 10-episode docu- series "Lucky Bastards". He has been on Fox Business as a spirit expert and also has been written about along with his brand Star Vodka and featured in major media publications around the country such as The NY Post, Wallstreet Journal, NY Times among others.

Paul Seres, Co-Founder | COO
After graduation from NYU in 1990, Paul Seres formed his own production company making Off- Broadway plays and independent films. By 1992 he had begun producing and co-producing music videos for acts including Run DMC, PM Dawn, Mariah Cary, Mary J. Blige, and Sting.He continued to work in the short format by directing and producing commercials and on-air promotional spots for clients such as A&E Television Networks, Comedy Central, Paramount Pictures, Columbia Pictures, LifeBeat, GenArts Festival, Discovery Communications, Gap, Jussara Lee, Shiseido Cosmetics, and others.In 1997 Paul began his television development career, developing programming for such networks as MTV, VH1, Showtime Networks, Bravo, ABC, and Trio.While establishing himself as a producer and director, Paul began working in the nightlife industry as both a promoter and a manager of several popular spots. As managing partner of Aces & Eights, Seres quickly helped the establishment grow into one of the most popular bars in New York, becoming Anheuser Busch’s largest account, surpassing Madison Square Garden in volume of goods sold. Other bars and nightclubs Paul had managerial involvement with were Coffee Shop Bar, Jekyll and Hyde, Mars, Red Zone, Rock Ridge Saloon, Micro Bar, Caddy Shack, and Delta House.Paul also produced events for corporate clients including L’Oreal, Maybelline, Movado, VisibleWorld, Polaroid, Hasbro, various fashion designers, and Coca-Cola. In 1999, Paul joined Big Fat, a New York based marketing and event agency where he became their in-house event producer and creative director. While at Big Fat, Paul produced national tours and events for clients such as PepsiCo, Lucky Strike, Kool, Seagrams, The History Channel, Stouffers’, and Nintendo. In 2001, Paulproduced the national rollout tour for Nintendo’s GameCube, a 12-city tour that created 5000 sq. ft. nightclubs out of raw retail spaces in each of the cities. The tour won both a Gold Reggie and a Bronze Reggie for the gaming manufacturer.In 2002 Paul formed Alba Creative, a boutique branding agency specializing in helping clients receive maximum return on their investment from their target audience. He successfully launched campaigns for IDT, Coldwell Banker, and Netomat among others. In addition to being Chief Strategy Officer, Paul helped create and directed all on-air television and radio spots for their client roster.In July of 2005 Paul became the Managing Member of Ruby Falls Partners, LLC, a holding company that operated Sol Nightclub, a lounge in Chelsea’s trendy warehouse district. Opened in 2005, Sol has become the destination for upscale urban parties & entertainment, with notables from the Black Eyed Peas, The Pussycat Dolls, Busta Rhymes, Maya, Cee-lo of Gnarls Barkley, Erykah Badu, Serena Williams, Fabolous, Cassie, Tracy Morgan, Jay McCarroll, JC Chasez, Lydia Hearst, to the New York Giants, Jets, and Knicks all being seen at this 29th street destination.In 2008 Paul formed Helios Hospitality Group, LLC, a hospitality development holding company that is currently developing an enclosed rooftop restaurant/lounge/event space in the Fashion District. In 2012, Paul became a partner and owner at The DL and Dinner on Ludlow, a Lower East Side restaurant lounge that boasts the largest rooftop space in the area. Additionally, in June of 2013, Paul opened with Chef John Keller, Apartment 13, an American Bistro focusing on New York State purveyors and suppliers. Apartment 13 has a focus on pairing cocktails with each individual item on the menu. In 2014, Paul and his group acquired the space that was formerly St. Jerome’s, on Rivington St. also in the Lower East Side. One of the original rock n’ roll bars in the LES, Paul and his team renovated the entire space, expanded the first floor, and re-opened it as Rvington F B Jeromes, as a homage to St. Jerome’s. Also in 2014, Paul in partnership with Hampshire Hotels, renovated the former XVI space, to create The Attic, a midtown rooftop lounge with Western views and amazing sunsets.Paul is a former member of Manhattan’s Community Board 4 where he was on the Executive Board, Co-Chair of the Business, Licensing and Permitting Committee, which is responsible for making recommendations to the State Liquor Authority for Liquor License Applications, and the Quality of Life Committee. Paul was on the board for 8 years, helping shape the communities from the business perspective.In 2012, Paul helped formed and became a founding trustee of the New York City Hospitality Alliance, a New York City based trade association and lobbying organization that represents the bars, cafes, lounges, nightclubs and destination hotels that make up the hospitality economic engine for the city. He is now a Vice President and liaises with NYPD on all nightlife matters.Paul holds a Bachelor Fine Arts in theatre and a minor in film production from New York University’s Tisch School of the Arts and a Bachelor Fine Arts in Music Composition with a minor in physics from New York University’s School of Arts and Sciences.

Melissa Andrushko Ferri, Partner | Director of Events
Melissa is the owner and principal planner of the New York City based company Variety Vintage Co. A Rutgers University graduate, Melissa began her career years ago as a Marketing Manager for a Global Drug Manufacturing Company, DSM. She worked closely with the sales team to understand and build strategic partnerships, developed a social media plan, created a customer survey portal, and was always under budget. She received multiple "Exceptional Achievement Awards " during her time at DSM honoring her dedication and surpassing the target goals with the sales team. As time went on, Melissa took on the additional role of Global Events Director where she produced an average of 150 events per year, giving her the opportunity to work in a variety of venues throughout the world; such as Austria, Spain, Germany, and The Netherlands. As the Events Director, Melissa found her true passion, creating events that people would never forget and every time they saw her would reminisce about them. And then the time came for Melissa and her fiancé to get married, who else would plan, organize, arrange, and design the entire production, Melissa! In 2 months, she put her entire wedding together, walked down the aisle to say "I do", and began a new chapter of her life.After the huge success of her own wedding, Melissa was inspired to start her own Event Production Company and never looked back. Her goal is to create indelible memories for her clients, whether it's for a destination wedding on a tropical island, a cozy dinner celebration for 10 overlooking the Hudson, or a weeklong wedding celebration spanning two continents.What makes Melissa one of the most sought-after event planners is her style, vision, and expertise. Her success is built on listening, understanding, and complementing some of the most recognized companies, individuals, and brands around the globe.Since focusing full time on Variety Vintage, she has produced events in New York, New Jersey, Florida, and North Carolina to name a few. Melissa has been awarded “Best of the Knot” for years 2018, 2018, 2019 which is the largest wedding resource in the country.

5000+ sq. ft. patio for outdoor dining and events
15% of US population within a 6 hour drive of the location
Site plan approved for craft distillery, 25 room hotel, and more
B2B and B2C channels
Read Our Research Disclaimer