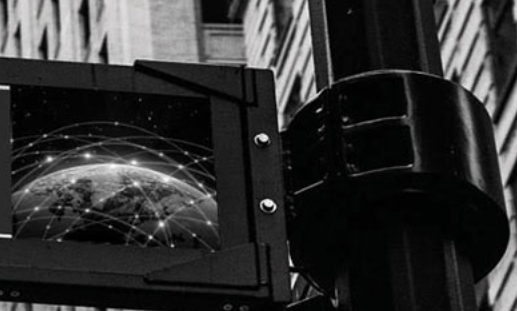 Changing the World One Blockchain at a Time

The Blockchain Institute of Technology provides high quality, credentialed education and certification in blockchain technology cost effectively and at scale. Our mission is to empower the full potential of blockchain by expanding access to professional training in the technology.

George Levy, Chairman and CEO
George Levy is a bestselling instructor and speaker focused on blockchain, Bitcoin and cryptocurrency. He has taught over 100,000 students in more than 180 countries, with clients ranging from senior level executive teams at the Federal National Mortgage Association (Fannie Mae), and Ernst & Young, to the Ministry of Economy in Mexico, The Central Bank of Cura and Sint Maarten and others. As a blockchain and cryptocurrency expert speaker, he has been featured at numerous leading events the world over including highly specialized events such as Supply Chain 2.0, Miami Crypto EXP in Miami, Florida and the d10e Conference on Decentralization in Tel Aviv, Israel. Prior to Blockchain Institute of Technology, George was a Co-Founding Team Member of Yupi.com, an Internet start-up acquired by Microsoft Corporation; Regional Partner Development for Microsoft Corporation and a Vice President for World Business Forum (WOBI).

Mike Winston, Founding Advisor
Mike Winston, CFA, age 42, began his career with Credit Suisse First Boston and later spent five years as a portfolio manager co-running $1B at one of the largest investment funds in the world, Millennium Partners. After leaving Millennium, Mr. Winston created the Sutton View group of companies, dedicated to forming investment partnerships on behalf of institutional and qualified investors. He has appeared on CNBC, been recognized for excellence in investing by Institutional Investor Magazine and has been quoted in the Wall Street Journal. Mr. Winston received an MBA in Finance and Real Estate from Columbia Business School in 2005, and a BA in Economics from Cornell University in 1999. Mr. Winston is a CFA Charter Holder, a board member of Blockchain Israel, and a member of the Economic Club of New York.

George Murnane, Founding Advisor
George Murnane is CEO of Jet Token, Inc. a leading private aviation firm that is currently developing blockchain technology for aviation use. Previously, Mr. Murnane held a number of aviation-related senior positions in management and operations (CEO / COO / CFO) at ImperialJet Europe and VistaJet (European business jet charter companies), Mesa Air Group (a US regional airline operating under contract for Delta Air Lines, United Airlines and US Airways), International Airline Support Group (a US aviation services company) and the US investment bank Merrill Lynch. He earned his Master in Business Administration (with Distinction) from The Wharton School and a Bachelor of Arts in Economics from the University of Pennsylvania. Mr. Murnane is also a US licensed Certified Public Accountant and a pilot with commercial, instrument and multi-engine ratings.

The global blockchain market is predicted to grow from $3 billion in 2020 to $39.7 billion in 2025, but there is a lack of resources for certified education in the technology.
The Blockchain Institute of Technology has received a federal trademark for education services and certification to train and provide verified certificates in blockchain technology.
We already have more than 100,000 enrollments from over 180 countries in courses and certificate programs developed by BIT.
Read Our Research Disclaimer