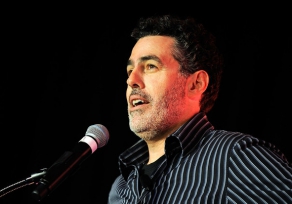 Two films to be produced by Adam Carolla & Nathan Adams

Two films to be produced by Adam Carolla & Nathan Adams

Adam Carolla
Producer and Manager of Flower Street Docs
Adam has held a variety of different positions in Hollywood including comedian, actor, radio personality, television host, and New York Times best-selling author.vi Adam is currently the host of The Adam Carolla Show, a popular podcast that held the Guinness Book of World Record for “Most Downloaded Podcast” ever in 2011. In addition to his podcast and comedic work, Adam recently produced three feature length films: Road Hard, Winning: The Racing Life of Paul Newman and The 24 Hour War. He also has two more feature films – Uppity: The Willy T. Ribbs Story and Shelby American - that will be released later in 2019. On television, Adam has starred in shows like Catch a Contractor, The Man Show, and Crank Yankers. Adam started his entertainment career on the radio program Loveline with Dr. Drew Pinsky, which was then developed into a television show for MTV.

Nate Adams
Producer
Nate has over 20 years of experience in the entertainment industry working as a writer, director, and producer. Through his partnership with Adam Carolla, Nate has built Chassy Media, a production and distribution company that specializes in feature films, documentaries, comedy specials, branded content, and more. Nate recently produced and directed Adam Carolla’s first-ever comedy special Not Taco Bell Material, which is available on the Apple iTunes Store,viii Amazon Prime Video,ix and Google Play.x His work at Chassy spearheading the distribution arm has led to the company launching the Chassy Channel on Pluto TV.xi Nate has also worked as a producer, director and 2nd unit director on films like Road Hard, Trading Paint, Winning: The Racing Life of Paul Newman, The 24 Hour War and more.

Mike August
Executive Producer
Mike has worked in the talent and entertainment industry for over 20 years, where he has worked with television, radio, film, podcast talent. He is currently the CFO of Carolla Digital – a podcast network company - and the Senior VP of Content Development at PodcastOne - a podcast network company founded by the founder of Westwood One. He is also the executive producer of The Adam Carolla Show, which is one of the most successful podcasts of all-time.xii Mike began his career as an agent at the William Morris Agency before moving to production of the Jimmy Kimmel Live show on ABC.